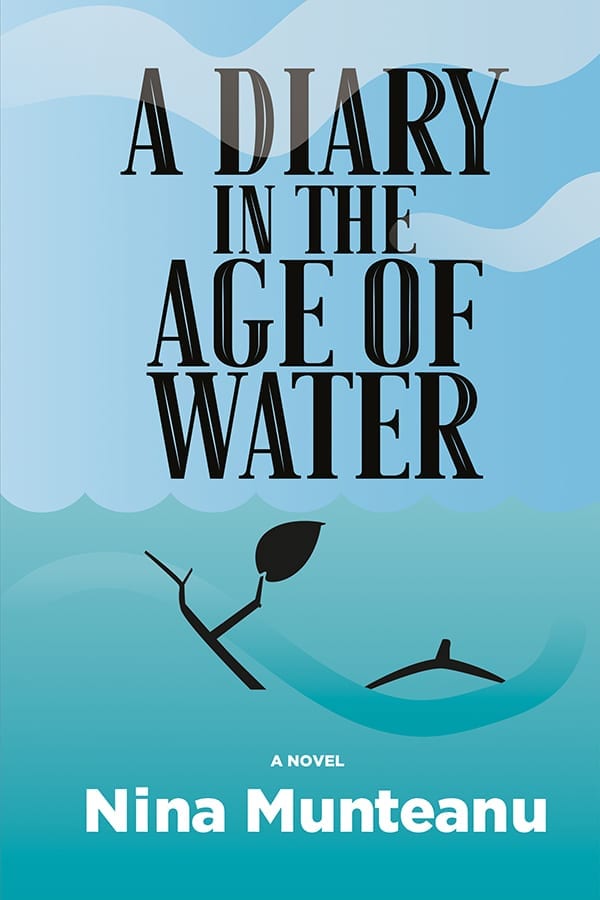 A Diary in the Age of Water: A Novel

Bdelloid rotifers, a microscopic organism shaped like a leech, can reproduce without needing a mate. To survive harsh conditions, they lie dormant for long time periods, only to revive and reproduce all by themselves. But what if humans could produce asexually too, or were forced to in order to survive? This is the driving speculation of Nina Munteanu’s latest foray into the cli-fi genre, or climate fiction, bringing to mind works like Larissa Lai’s The Tiger Flu.

Munteanu’s well-researched, thoughtful, and educational book reads more like a scholarly treatise on the dangers of water mismanagement in the face of severe climate change, with the addition of some imaginative hypothesizing.

Munteanu’s book opens in the distant future. Kyo, a mysterious being of blue skin and many arms — if you’ve cottoned on to the reference to Hinduism then you are correct — discovers an old handwritten diary written in 2045, during the so-called Age of Water. The diary once belonged to a limnologist, or freshwater scientist, named Lynna, who works for a dystopian organization called CanadaCorp that has taken over water management.

From here, revelations unfurl, though they often pay greater attention to marine life and ecology than they do the human intrigue one might expect.

Some readers might enjoy the abrupt interweavings of fantasy prose with critical ecology, but the unbound sections of scientific information long for grounding, lacking a strong narrative thread or voice. Consequently, all this detail builds only snippets of an incomplete world and a confusing life, likely to challenge even the most patient reader.

The more intimate human narrative, on the other hand, is often cut short, and Munteanu has the habit of spoiling the ending of stories she’s hardly begun. For instance, Lynna’s complicity in her lover’s murder is casually revealed in a few short sentences, after the fatal acts. From what is told, this episode could have provided several emotional and action-packed chapters. Instead, Lynna briefly notes, “Mother of God. I helped murder Orvil and the mother of his children,” then simply moves on.

Similarly, an intriguing suggestion that our protagonist might be the product of a virgin birth endures for about a page — far shorter than Munteanu’s explanation of what an oligotrophic lake is.

There is a fascinating story that happens in the space of this novel, but very little of it happens on the page.