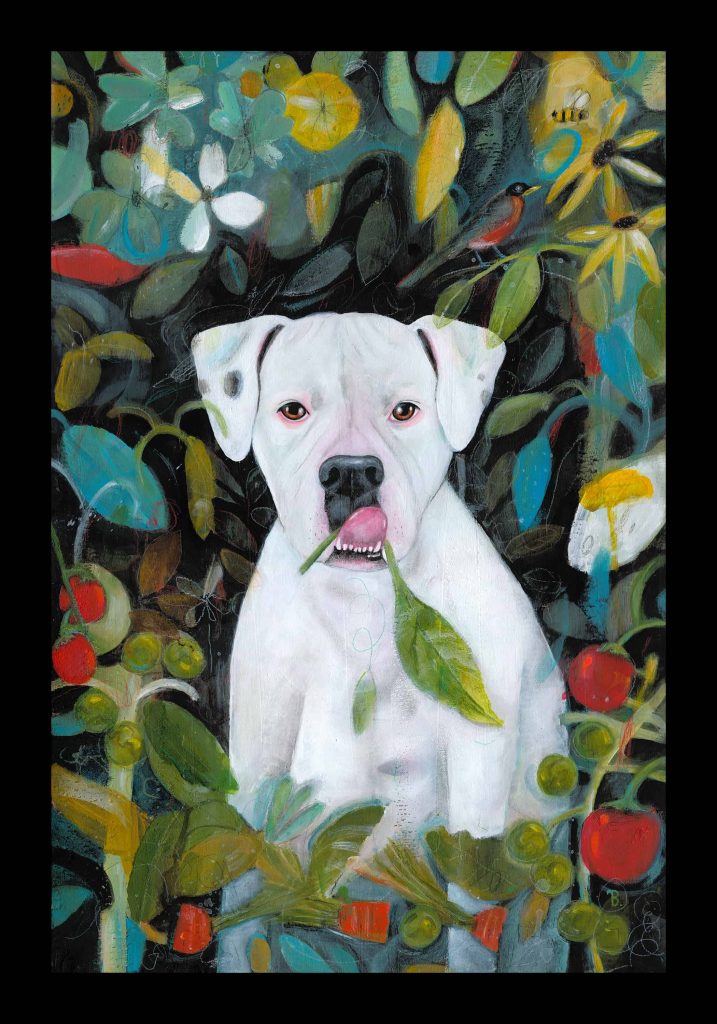 The Dog Who Ate the Vegetable Garden and Helped Save the Planet
Margaret Hurley, 106 pgs, Guernica Editions, guernicaeditions.com, $20

I never expected to be lectured by a vegan dog on my lifestyle choices, but here I am. The Dog Who Ate the Vegetable Garden & Helped Save the Planet is told through the charming and opinionated boxer Dori’s perspective. With the help of her human Meg, Dori informs us of humans’ cruel treatment of animals while taking us on her doggy adventures to Vermont and advocating for equal animal rights.

Hurley’s use of a vegan dog as the central character in a novel criticizing the animal and meat industry is a smart way to get her message across. Dori, as the narrator, evokes empathy towards her cause as we read her frustrations with how humans treat animals. “How in this world. What happens to us animals is less important than how much money can be made. By humans and corporations using us.”

Dori’s speaking style is choppy and enthusiastic, and while it adds to her personality, it creates awkward sentences that can make the book hard to read: “While she cooks Spike and Grace. And I sit. By her side. Meg gives us chunks.” Spike and Grace are Meg’s other dogs, and for a second, I thought the vegan human was now making a meal out of her dogs.

As someone who wavers between taking the full step towards vegetarianism or keeping one foot in the meat-eating world, I didn’t think the book would affect me much. But I found myself skipping the meat for dinner more than once, and even questioned whether I need milk in my coffee. Subtly and slowly, the book’s message wormed its way into my brain.

Am I a vegan now? No, but the author’s use of Dori to educate readers on animal cruelty is an effective way to spread awareness on the topic and, just like Dori, perhaps help save the planet.