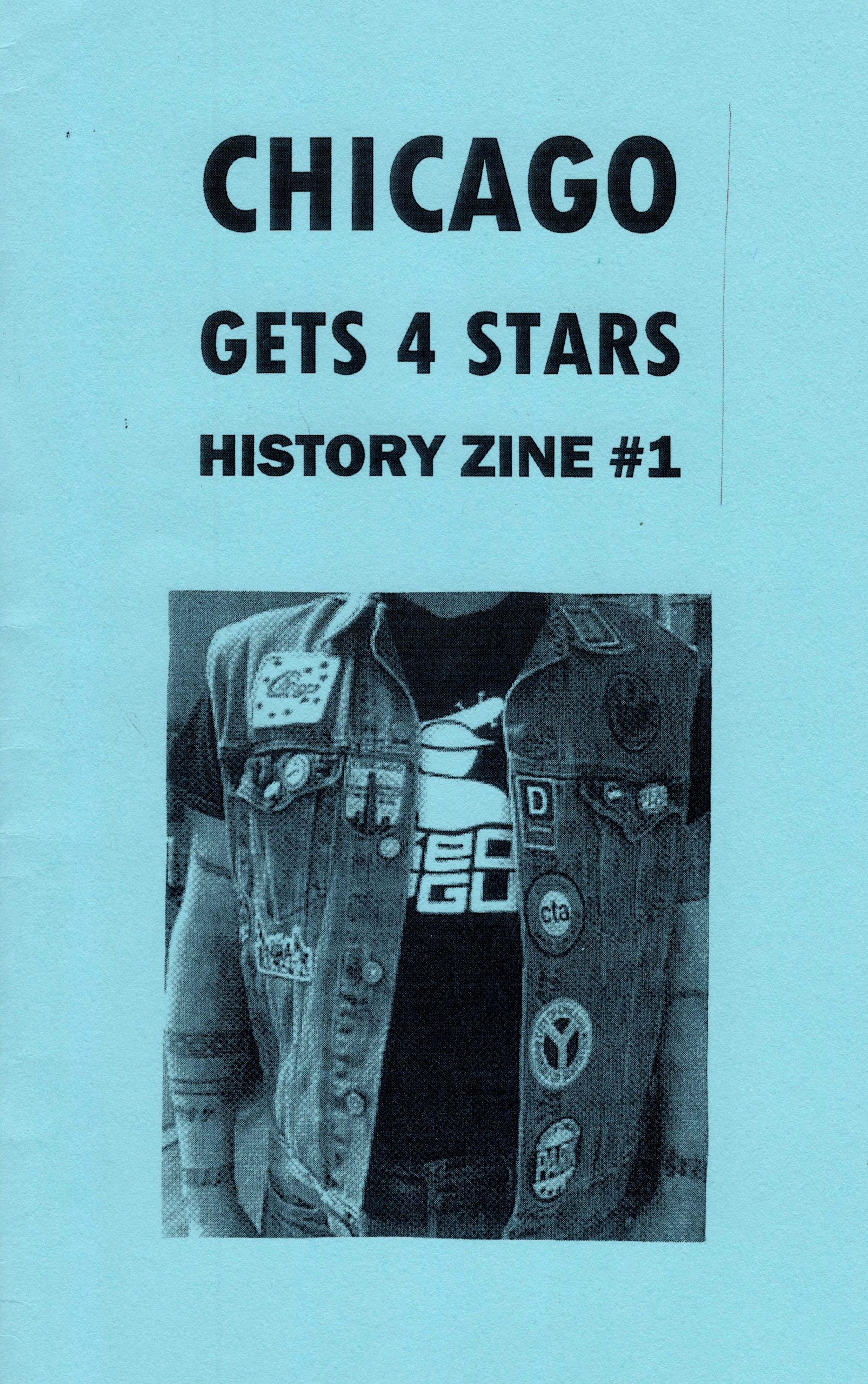 The title of this local history zine is both a delightful reference to Chicago’s city flag and a glowing star rating of the place, as well. Mason’s affinity for quirky, strange and dark historic episodes of his beloved Windy City shines clearly throughout eight short essays, each discussing some unique event, group or character in Chicago’s storied past. The essays draw from various sources, sometimes unpublished material from Mason’s stint as a columnist at the Chicago Reader, other times adapted from his work on the Steampunk Chicago website. With a history buff ’s enthusiasm, Mason tells of affairs such as the Lager Beer Riot of 1855, protesting the closing of taverns on Sundays, and Haymarket Riot martyr Louis Lingg’s gruesome, cinematic demise: a blasting cap, stuck between his lips and lit like a cigar. Of course, these and other such deep Chicago tales are coursing with context, above all the labour movement and eras of especially high immigration into the United States. The underlying movements that gave rise to these stories are serious and still resonate today. Mason writes of them with a good-humoured air and a sense of fun, choosing these particular tales in part because of their outrageousness. That’s the thing about history: it is outrageous, teeming with evidence that life is crazy and always has been, that people have always done terrible and beautiful shit to one another. Wherever we are, whatever land we’re living on, there’s tragedy, beauty, hilarity, cruelty, and grace that have made that place what it is, long before we ever came along. There are stories to be told. And for Joe Mason in Chicago, these are clearly stories worth telling right — and worth your reading.