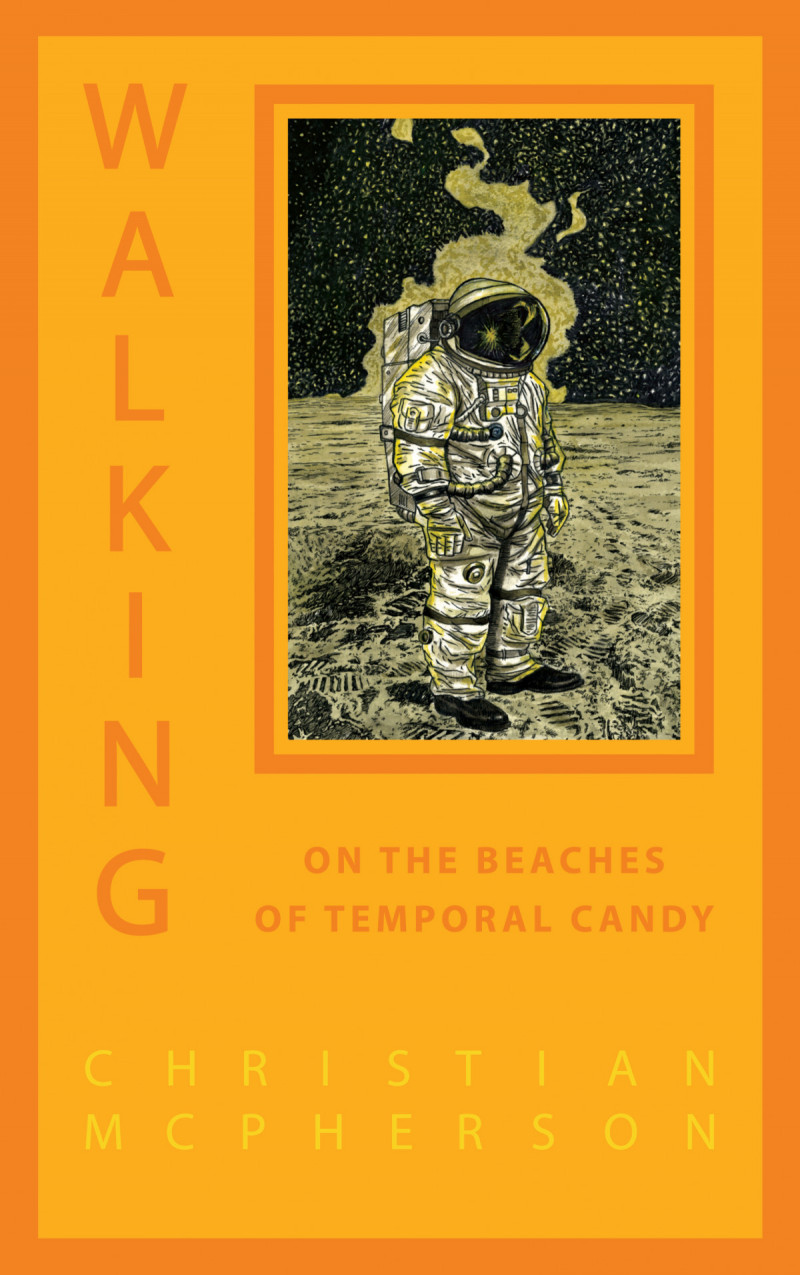 Walking on the Beaches of Temporal Candy

You know those Pop Rocks candies? The ones that look like Dayglo aquarium gravel, but sizzle and erupt once you place them in your mouth? For the past decade or so, Christian McPherson has been quietly churning out poems, stories, and novels that do pretty much the same thing. McPherson’s poems, especially, are subtle nuggets that burst with raw energy, plain-spoken wisdom and irreverent humour. Picture Charles Bukowski minus beershits and casual misogyny.

Walking on the Beaches of Temporal Candy is a beautifully designed hardcover that, among other things, features a flipbook-style astronaut who slowly strolls across the page header, and combines two books of poems. The first book, Poems Written While Travelling Around the Sun, is roiling meditations that fold in on themselves like surf, resisting easy resolution and otherworldly sweetness — the candy is temporal, after all. Perennial Ottawa lounge singer Johnny Vegas delivers the same shtick to the same adulting tavern crowd, woolly clouds shake off mourning like a dog out of the bath while children play. There is fleeting communion between cashier and customer as they sleepwalk through the motions again: “you know what I know about everything we just faked here.” The second book, Poems Written on the Walk to Work, takes a similar tack with a tighter focus, ambling through the seasons with more pared-down language. Of these, the poem “Walking to Work with My Dead Friend” is the kind to stop you in your tracks.

The themes — work, fatherhood, and sundry humanist questing — are common to McPherson’s other books (The Cube People and Cube Squared are hilarious sendups of Ottawa’s bureaucratic culture). And the approach, as I say, is pure Pop Rocks candy. It crackles and surprises and hopefully sheds a little light.