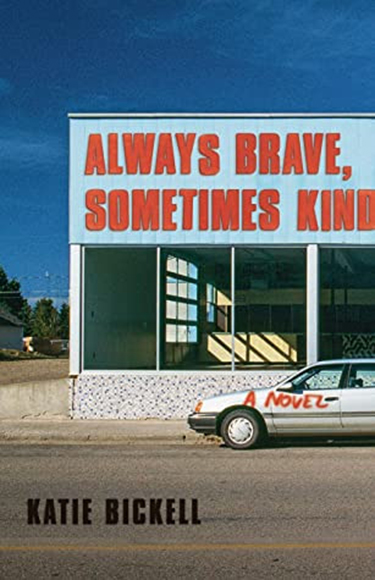 Reading Katie Bickell’s debut novel is a bit like taking a punch in the gut. Always Brave Sometimes Kind is a series of overlapping vignettes depicting two families as they navigate life in northern Alberta. The rampant smugness and casual violence of Albertan culture will be familiar to anyone who has called the province home. All of its greatest and most horrifying hits are present: Indigenous foster children and missing women facing the mercy of colonialism’s enduring legacy of foster care, an overdose crisis, misogyny, systemic racism, rural despair, poverty amidst endless cuts in social spending. And, of course, the corrupting influence of the oil industry — in one story, a char- acter’s mental health crisis peaks as he tries to light a pump jack on fire. These portraits are relentlessly bleak: frustrated doctors must throw beloved patients out into the cold. A teacher quits his job to find the only reliable income he can muster in working a sex phone line masquerading as his wife. Children are taken, returned and taken again.

The absolute misery of this book reminds me of the recent CBC Reads contender Small Game Hunting by Megan Gail Cotes, but blunter in tone. The provincial culture and vast landscape wear the characters down, each in whatever manner best suits their personal decline. But not everyone ruled by her pen is completely doomed. Bickell introduces occasional glimmers of hope, vis a vis small moments of empathy and resilience. But even the few happy endings feel a bit contrived considering the cavernous darkness suffocating these souls. After all, as a rural doctor notes in the early pages of the book, “in November, four o’clock is a desolate time of day” in Alberta — and the winters are very, very long.