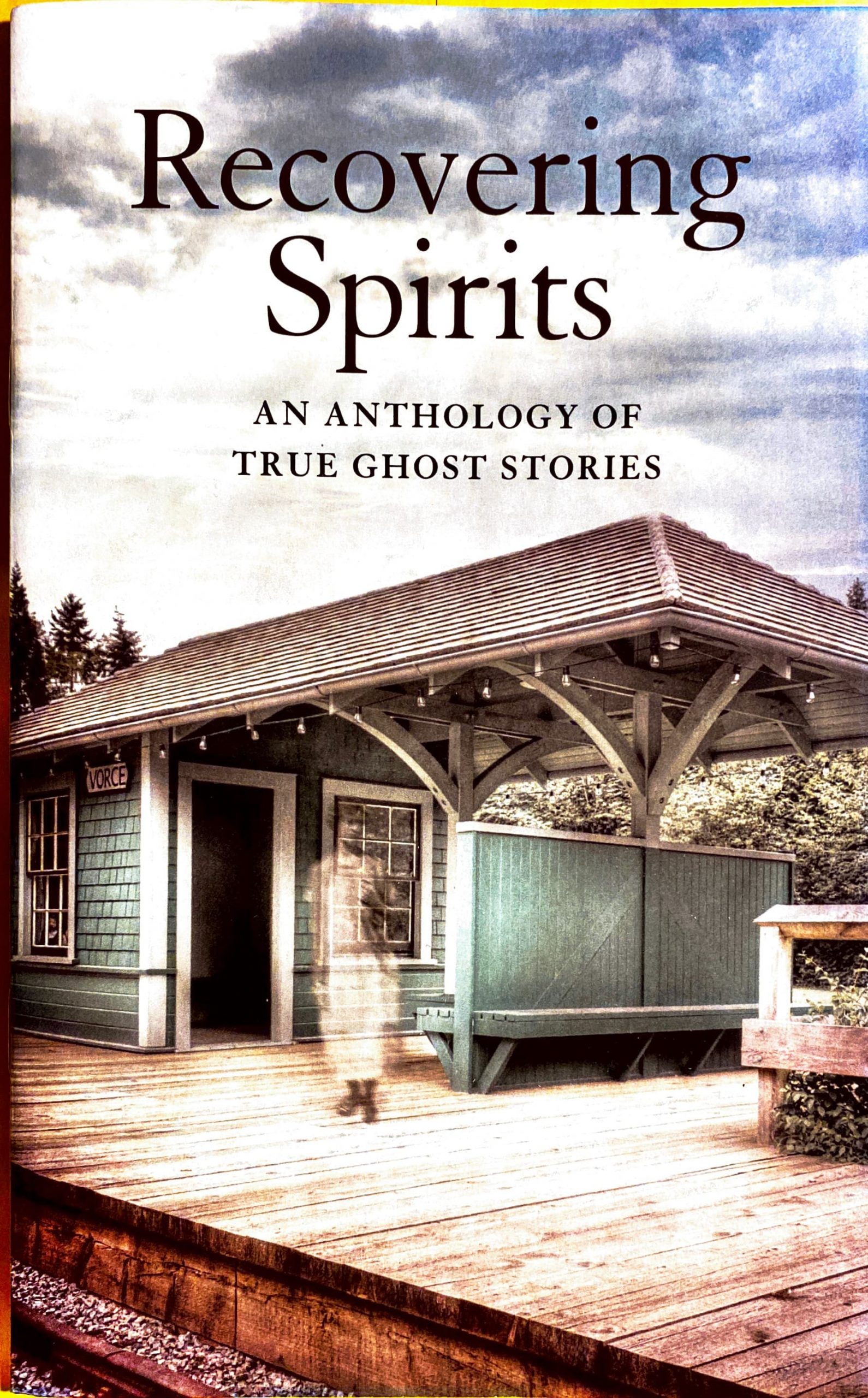 Ghost stories take many forms and shapes throughout the history of storytelling, from the jump scares of horror films to your best friend’s story of how they just “knew” when a beloved family pet passed on. The twelve autobiographical episodes featured in Recovering Spirits lean mostly towards the latter, recounting the storytellers’ true, “slightly spooky” brushes with the uncanny.

Edited by Jill Mandrake for Vancouver’s Sister DJ Press, these ghost stories represent a range of interpretations of otherworldly encounters. Don Orr Martin’s “Digital Ghosts” talks about how his missing toes have been a presence throughout his life. In “Forsaking Shiva”, Marsha Ablowitz describes a more godly encounter. “Big Band Spirit” by Sterling James and “Recovering Spirit” by Florence Grandview feature ghost sightings, while the ghosts in Cynthia Cole’s “The Dearly Departed Talk To Me” appear only in audible form. Others, like “An Irish Adventure” by Farren Gillaspie and Andrew Boden’s “When I Was Her”, recount brief possessions by spirits from beyond.

While these stories are all focused on encounters with the paranormal, they are also quite gentle — Mandrake describes the writers as being in “sitting-around- the-campfire mode” in her introduction. Those looking for scares or suspense should look elsewhere. But the disparate tales’ overlapping themes and elements evoke a feeling of universality that leads the reader to reflect on the ghostly encounters in their own life. Ultimately, these writers invite the reader to entertain ideas about the ways in which the supernatural touches all of our lives, and encourage us to consider the impact these encounters have on us once we have left them safely behind.