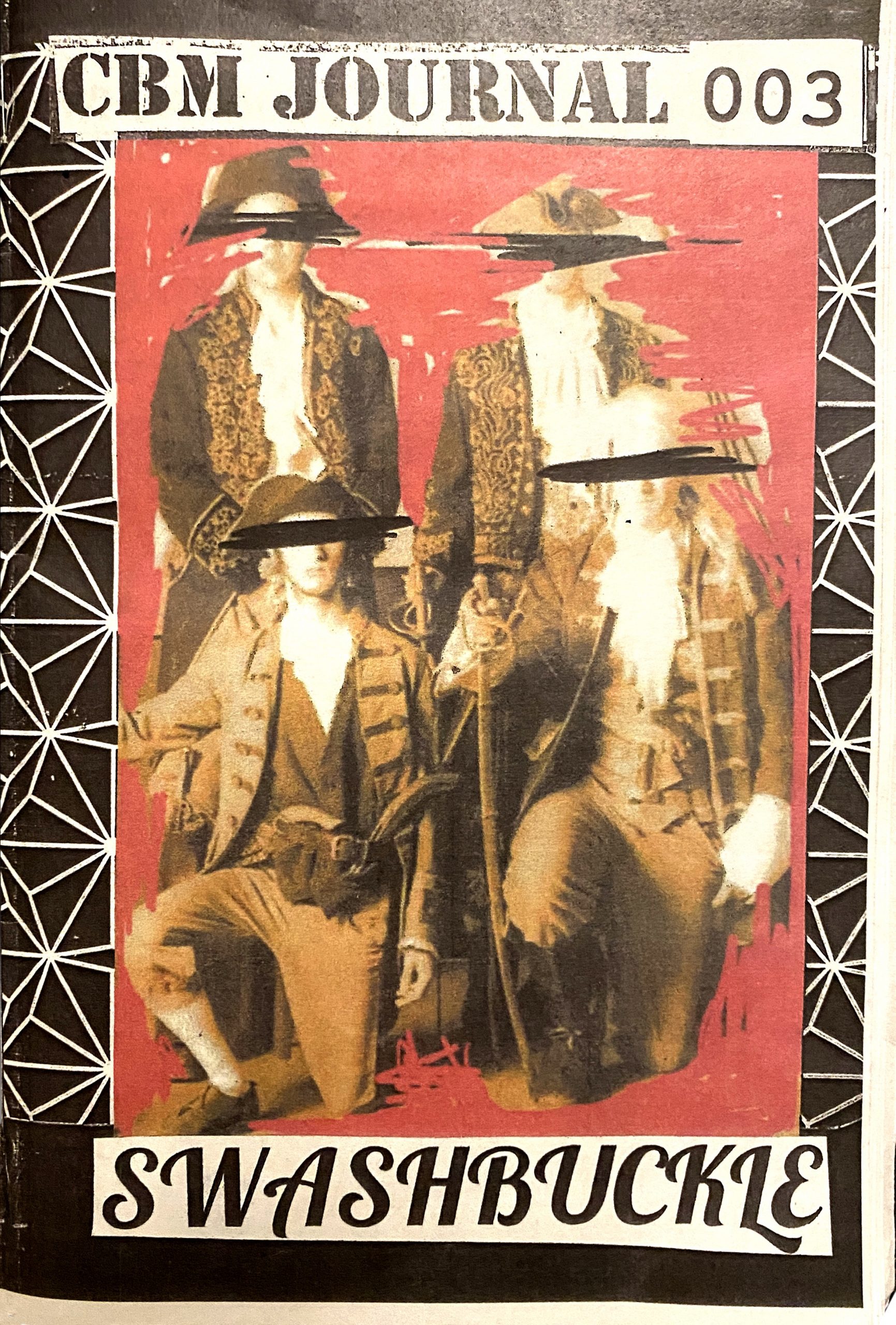 A joke, hand-pasted into the front of this zine, sets it’s tone off the bat: “Q: How do ye turn a pirate furious? A: Take away the P.”

“Swashbuckle” is the theme for Issue 3 of the CBM Journal, the publishing arm of Philadelphia’s multi-pronged Collective Brand Movement, a project spanning music, publishing, performance, and visual art.

Its short stories, essays, poems and comics aren’t all pirate-themed, but they do possess two common traits: they’re haphazardly aligned with each other — as if assembled on a swaying ship — and all utterly wacky.

Highlights include a fiction excerpt from Frederic Prokosch that reads like a Brion Gysin trip, and “Fancy Pants Town,” a comic by Brian Nothing that has a Mad magazine meets Robert Crumb edge, and features a creepy doppelganger of Monopoly’s Rich Uncle Pennybags cracking down on a town where the populace has rebelled against the mandate to wear fancy pants.

CBM 3 is one hundred percent heartfelt and ridiculous — it ends with a photo of what might be Hugh Jackman, nude, except for a pirate hat — and most importantly, it’s entertaining.