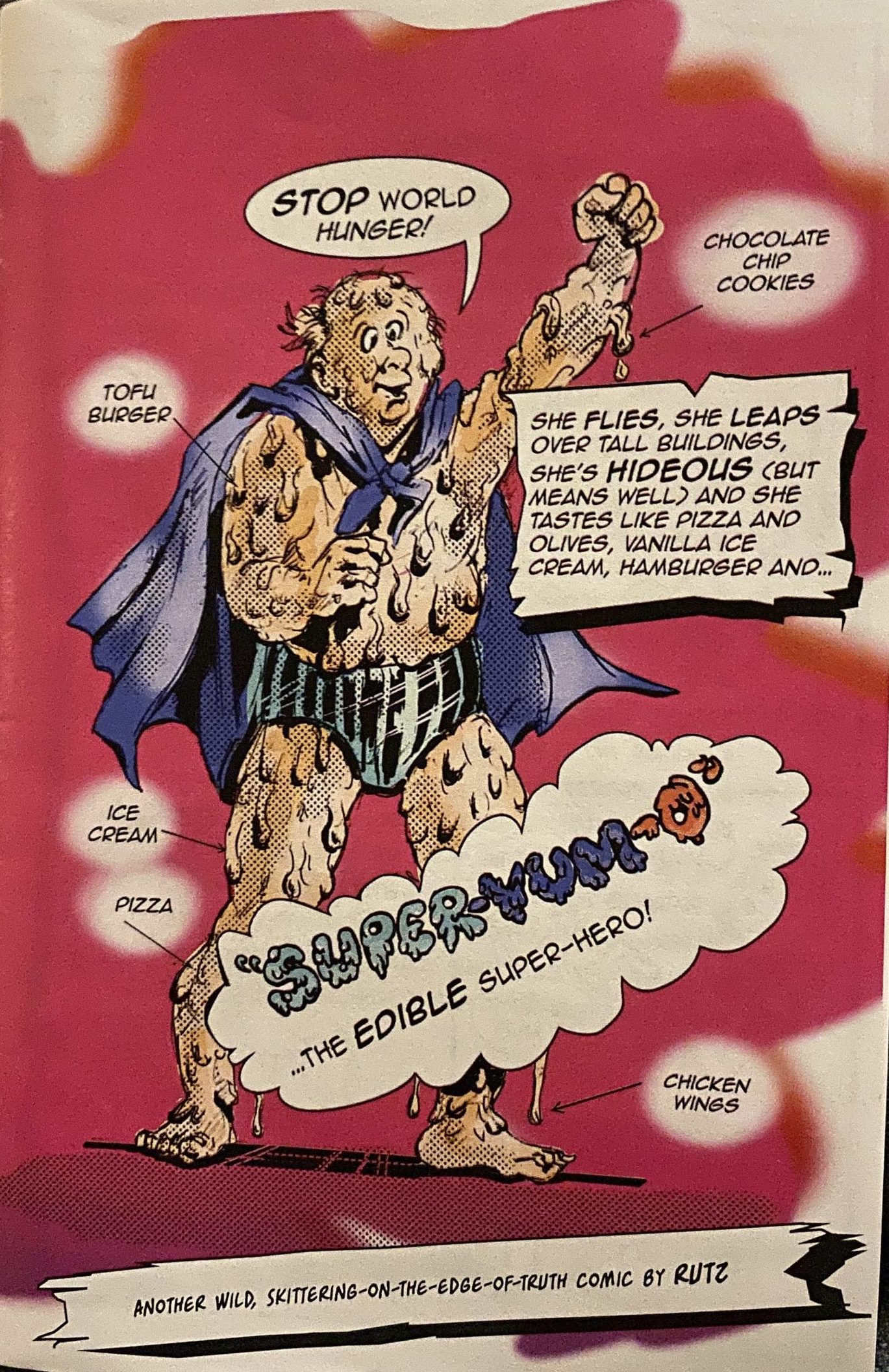 There’s no easy solution to world hunger. While the privileged and spoiled feast in decadence and splendor, the masses at the bottom languish and go hungry. What then, are we to do?

Ruth Tait, it seems, has a solution in Super-Yum-O, a comic starring the titular “Edible Super-Hero.” After a series of freak coincidences, the kindly Eileen Cookenburger finds her body transformed into a lump of flavoured and detachable flesh, and every bit has its own unique flavour profile.

Eileen does the only logical thing for a situation like this: become a superhero and attempt to solve world hunger. It works well as a parody of the origin stories of old golden-age comics: things move at a breakneck pace as Eileen is transformed, and decides almost immediately on attempting some outstanding feat.

Tait has a diverse fine arts background, having produced paintings, murals, illustrations, storyboards, and multiple other comics. I was honestly taken aback that I hadn’t seen Tait’s work before, given how good Super-Yum-O is. There’s numerous other current indie cartoonists that Tait’s thick black lines and a liberal use of screentone remind me of, though the comic is uniquely its own. The environments, though sparse, reflect a strong sense of composition and staging, and the expressions on Tait’s characters, in my eyes, show a clear and strong understanding of old newspaper strips. Frankly, it’s just good cartooning.

One doesn’t stumble upon a true hidden gem very often, but to me, Super-Yum-O is just that. It’s a surprise, a joy to read and a visual feast. What more could you want?