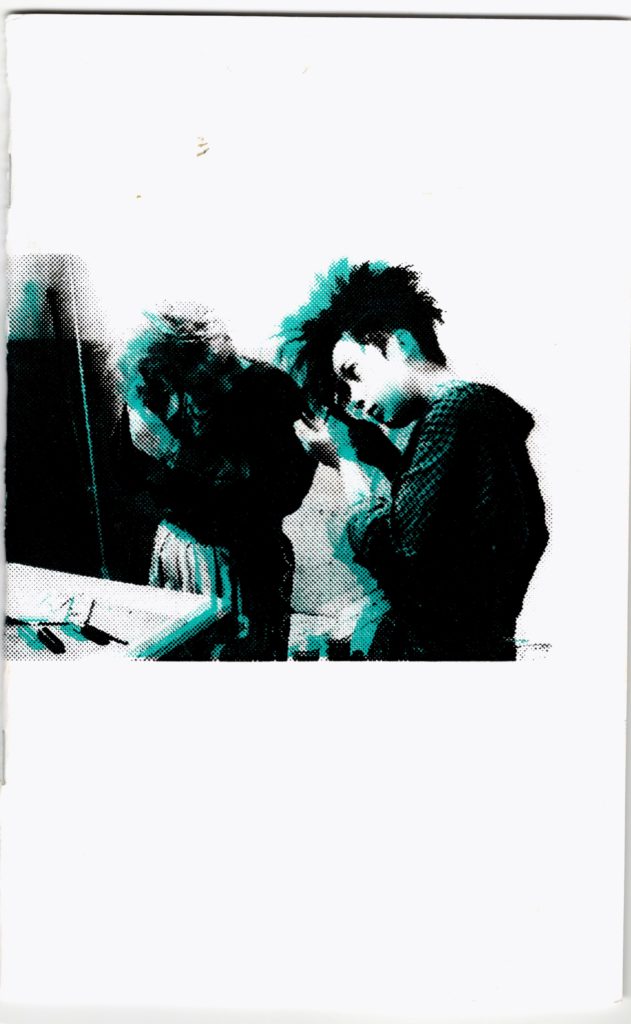 Arielle Burgdorf blurs fiction and reality in this epistolary work about Marienetta “Micki” Jirkowsky, a denizen of East Berlin who was killed in 1980 trying to cross into the West. In a creative deployment of artistic license, Burgdorf refashions Micki as a lesbian separated from her lover by the Berlin Wall after GDR authorities determine the nature of their cross-border visits. However, we never hear directly from Burgdorf’s reinvented Micki. The story is told solely through the letters of her lover, Anni — letters that are never mailed, instead saved to give to Micki one day.

Anni’s letters are heart-rending, showing how two teenage girls have discovered punk, their own identities, and their love for one another amidst a framework of separation and oppression that won’t let them be who they are. Burgdorf masterfully illustrates the story with images of the real Micki and a fraught Berlin. We see punks on German streets, busses traversing barren lock-down zones, and concrete barrier stopped with barbed wire. The scene is further cemented by quotes from contemporaneous coverage of East Berlin from The New York Times.

Though brief, Burgdorf’s zine is a riveting story and an ingenious reworking of a small and tragic historical episode. Its insight into the warping of identity formation in the context of political trauma rings true. The project also illuminates the folly of walls and borders between people who need one another. Excellent work, excellently illustrated.