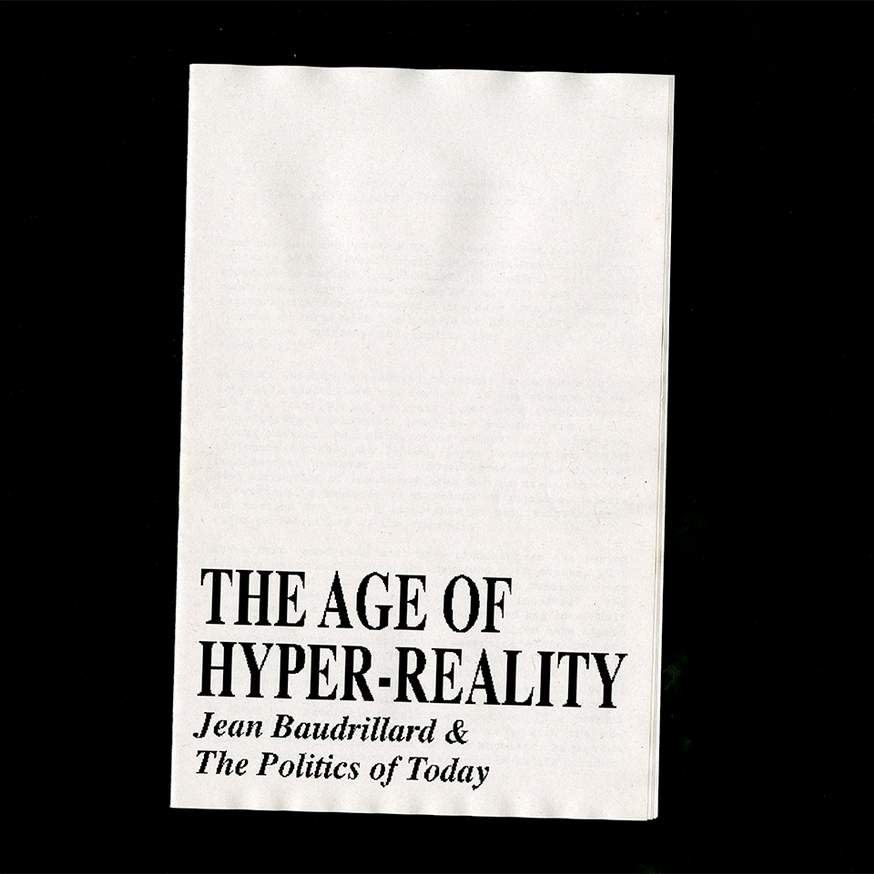 The Age of Hyper-Reality

Despite the subtitle “Jean Baudrillard and the Politics of Today,” this zine does not describe today. Listed by Robin N. as an “8 page found text booklet,” the essay within was originally printed in 1986 in Here and Now, a UK-based situationist magazine formed by members of the Clydeside Anarchists. It is a confusing read for anyone not overly familiar with poststructural philosophy and cultural theory (which includes me). With phrases like “the replacement of the reciprocity of symbolic exchange by the speech without response of functional objects,” it’s fair to say this is a slow read at best.

If the text is dated from the ‘80s, the aesthetics of the accompanying mini-posters — the words HYPER- REALITY repeatedly typeset in a hard-edged digital serif, printed with toner on newsprint — are both of the period and contemporary. This strong look is what drew me to the zine in the first place, and is easily my favourite thing about it.

The concept of bootlegging, or newly circulating texts and images that have are forgotten or tightly controlled, is admirable. It frees ideas from capitalist concepts of ownership. Using the zine format to bring this essay back from obscurity is curious, but the text itself is too dense to be accessible. The lack of context and attribution to the original source only adds to the obscurity, which feels like partly the point.